Best known for chiseling striking portraits into walls around the world, Portuguese street artist Alexandre Farto, better known as Vhils, has taken on an ambitious exhibition that shows the full range of his artwork. The Centquatre in Paris is the setting for his mammoth exhibit Fragment Urbains, which is laid out over the sprawling spaces of this 19th-century industrial building.

With the opportunity, Vhils—who we interviewed last year—demonstrates that his work is about more than just walls. His bas-reliefs are equally as powerful when made of paper or polystyrene. As visitors move through different rooms to enjoy the fifteen artworks on display, they are introduced to the myriad of techniques Vhils employs. Carved wooden screens and paper posters, engraved plates, and acid burnt prints are an impressive display of how the urban sculptor came to make a name for himself in the art world.

“Crossing paths with one of Vhils’ sculpted portraits is a different experience each time. The faces that are created move, changing according to the light, depending on the angle from which ones sees them,” says Jerôme Badie of Next Libération. “What is striking in the fragility. The reversed stencil seems so precarious, ephemeral, like most of the walls on which he intervenes.”

The central part of the Centquatre exhibition is a sprawling installation in the main hall. Here, Vhils has collected everyday objects, from televisions and washing machines to cars and refrigerators. Painting each object completely white and placing them carefully into an assemblage, Vhils forces visitors to examine the world around them much as streets artists do—by giving artistic value to the ordinary. Much as Vhils views city walls as a palimpsest that captures changes on the streets, this “trash” is a collective investigation into the material goods that form modern culture.

Fragment Urbains runs until July 29, 2018 at Centquatre in Paris. A complementary exhibition by Vhils, Décombres, is on view in Paris at the same time at the Magda Danysz Gallery.

Fragment Urbains is a mammoth exhibition by renowned street artist Vhils, where he shows off different sculpture techniques.

The centerpiece of the show, which takes place at the Centquatre in Paris, is an incredible installation made from everyday objects.

A parallel show the Magda Danysz Gallery, which organized the project, displays new work by the Portuguese artist.

All images via Stephane Bisseuil except where noted. My Modern Met granted permission to use photos by Magda Danysz Gallery.

New Portraits Chiseled Out of Walls by Vhils

10 Street Artists You Should Know 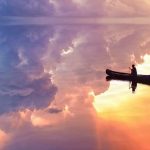 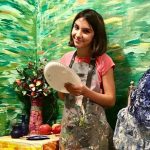