Weddings are a lot of pressure, especially for the bride and groom. You’re trying to celebrate your love while planning a fun party for your guests. And when the day arrives, you’ve also got to pose for hours in front of the camera. It’s enough to make anyone a little stressed! So when bride Heidi Zherelyev saw that her husband Val was looking anxious, she decided to help him curb his tension by playing an ingenious wedding prank.

The joke took place during the “first look” photo shoot, but it was conceived of before the day had even arrived. Heidi and her friend Chelsea had thought to send Heidi’s brother Eric in place of the bride for the initial photo. Heidi had correctly guessed that Val would be nervous, and her brother gladly stepped into an old dress and the role of the bride.

The bridal party had a good laugh as Eric readied himself for the big moment. “When we were zipping him up, everyone was laughing,” Heidi said. He even put on the same deodorant and perfume to make sure that he smelled like his sister.

Heidi was able to watch the entire prank unfold from a nearby window. “My husband was so surprised, and stunned to see Eric instead of me,” she recalled. “Thankfully for him, however, he is used to pranks and jokes being pulled in my family.”

Nichole Cline of KevinChole Photography captured the entire sequence of events, and you can see how Val was instantly more relaxed after coming face to face with Eric. “He was already smiling when we did the actual first look,” she said. “We were able to have a very intimate, special moment because he wasn’t so nervous.”

The prank, despite being so hilarious, was kept as an intimate moment between the family. No one who attended the wedding even knew that it happened until the story went viral.

Like many groomsmen, Val was nervous on his wedding day.

Luckily, his wife Heidi anticipated this and came up with a hilarious wedding prank.

She got her brother, Eric, to put on a dress and meet Val for the “first look” photo.

But the joke calmed him down so he could enjoy posing for his real first look of Heidi.

My Modern Met granted permission to use photos by Nichole Cline.

You Can Now Invite Adorable Llamas and Alpacas to Your Wedding

The post Bride Pranks Groom by Sending Brother in Her Place for Their “First Look” Photos appeared first on My Modern Met. 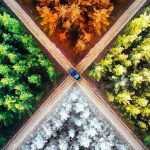 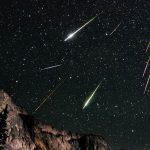