Astronomy lovers are in for a treat this weekend, when the annual Perseid meteor shower creates a spectacular display in the night sky. From August 10 to August 13, the meteor shower will be at its peak and 2018 should be one of the best and brightest displays in years.

The Perseids, which received their name as they appear to hail from within the Perseus constellation, are meteors created from the Swift-Tuttle comet. This comet orbits the Sun once every 133 years and as it approaches the Sun, the combination of heat and tidal forces causes chunks of the icy, rocky body to break off. These particles then continue along the same elliptical path of the comet and when the Earth passes too closely during its orbit, they collide.

The resulting meteors are quite intense and bright, as the further away from the Earth the particles were formed, the faster they will be traveling on their collision course with our planet. The increased kinetic energy makes them even easier to see to the human eye. The Perseid meteor shower is especially interesting due to its reliability and the number of meteors.

As the Swift-Tuttle comet has been orbiting for thousands of years, the Perseids always reach their peak around mid-August. As opposed to some other meteor showers, where hours outside can yield sightings of only a handful of meteors, people can see 1 to 5 Perseid meteors a minute during its peak.

This year will be particularly special, according to Ethan Siegal, an astrophysicist and contributor to Forbes. Thanks to the August 11th New Moon there will be minimal light pollution to interfere with your meteor viewing. So pull out your lawn chairs and find a nice, dark spot for maximum viewing. Siegal suggests waiting until two to three hours after sunset to head outside, as this is when the sky truly achieves darkness.

You’ll want to look toward the Cassiopeia constellation to see where the meteors originate. To be specific, you’ll see them “just below and to the left of the first ‘V’ in the ‘W’ ” of the constellation. Another insider tip by Siegal? Use a flashlight or headlamp with a red LED light to preserve your night vision. White light can ruin your night vision after just a few seconds and it can take up to 30 minutes to return, but up to 30 seconds of exposure to the red LED will still leave your eyes ready for viewing the meteors.

Want to find the nearest dark place to view the Perseids? This map of Artificial Sky Brightness will help you pick the perfect viewing location.

This stunning time-lapse shows what we can expect from the 2018 Perseid meteor shower.

10 Astrophotographers Capturing the Awe-Inspiring Wonders of the Galaxy

The post Perseid Meteor Shower Promises to Give a Spectacular Show This Weekend appeared first on My Modern Met. 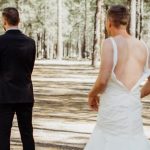 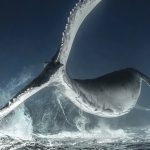