Among their many other talents, cats are particularly good at finding the best spots to take a nap. And for one particular group of felines in Japan, there’s no better place than the Miyori Daimyojin shinto shrine in the town of Ishinomaki, Miyagi Prefecture. Also known as Neko Jinja, meaning “the Cat Shrine,” the small, sacred structure offers local cats a place to shelter from the rain.

In Japanese folklore, cats have protective powers and symbolize good fortune, which is why this particular shrine is decorated with countless manekineko (beckoning cat) figurines. Miyori Daimyojin is located on the island of Tashirojima, where fishing was historically the most common trade. Legend has it that the fishermen believed cats were a good omen and their presence would ensure a good catch. They treated the local felines with kindness, but one day a fisherman accidentally hit a cat with a stone while he was anchoring his boat. Sadly, the cat died, and the Cat Shrine was built as a way to honor it.

Twitter user @ttt_zegu952 recently shared a photo of a cat curled up under the eaves of the shrine’s collection box during a rain shower. But this cat isn’t the only feline to claim the shrine as a spot to rest. Other Twitter users also shared their photos of different cats at the same location. It’s almost as though the cats of today are visiting the shrine as a way to pay their respects to the feline it was originally built for, all those years ago.

This cat found the perfect spot to shelter from the rain at the Miyori Daimyojin shinto shrine in the town of Ishinomaki in Miyagi Prefecture, Japan.

Also known as the “Cat Shrine,” the miniature alter is clearly adored by all of the local felines. 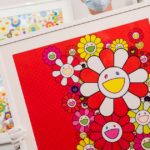 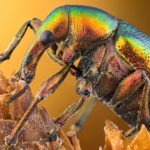