This October, Sotheby’s London had its first-ever auction dedicated to contemporary Japanese art. Entitled From Japan With Love, it included 73 lots, divided into five themes: Neo-Pop, Kawaii, Anime and Manga, Homage to Shunga, and Provoke/Photobooks.

“We are super excited about this upcoming one-of-a-kind sale: From Japan with Love,” Sotheby’s Prints Specialist, Yessica Marks, wrote in the press release prior to the auction’s opening on October 6. “It really is an auction like no other, celebrating the popularity and influence of Japanese style which continues to reach new heights. From the whimsical storytelling found in Anime and Manga prints to Kawaii—or more commonly known as ‘the culture of cuteness’—and the kaleidoscopic Neo-Pop prints, the sale showcases the breadth of contemporary Japanese artistic production.”

From Japan With Love succeeds Sotheby’s recent Banksy print auction, which tripled its pre-sale estimate. Scroll down to see more art from the auction, and learn more about these works by visiting Sotheby’s website.

Sotheby’s had its first auction dedicated to contemporary Japanese art.

Entitled From Japan With Love, it featured works by acclaimed artists such as Takashi Murakami…

Takashi Murakami, “Wouldn’t it Be Nice if We Could Do Such a Thing”

My Modern Met granted permission to feature photos by Sotheby’s. 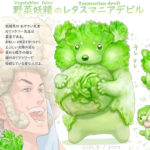 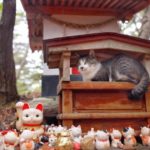