Who says that our avian friends don’t deserve the same stylish accommodations as humans? These delightful birdhouses, modeled after historic architecture, give birds plenty of space to play, rest, and frolic while adding an architectural touch to the outdoors. The stylish, compact quarters are the brainchild of Douglas Barnhard, a successful cabinetmaker, who founded the home decor firm Sourgrassbuilt.

Crafted from wood scraps and succulent tiles, Barnhard lets his imagination run wild—combining the architectural styles of Frank Lloyd Wright and Joseph Eichler, and mimicking the clean lines of the Bauhaus school. Many of the birdhouses incorporate succulents, which provide a pop of color and an alluring element for birds. Walnut, bamboo, teak, and mahogany are just some of the types of rich materials that give the houses their character.

The above Eichler-inspired shelter has a movable roof with a succulent planter and a viewing window that will have our feathered friends wanting to move in permanently. Sourgrassbuilt currently has models available on Etsy that vary in pricing, depending on the size and structure.

This modal was inspired by the sixties style Eichler homes in Sunnyvale CA and includes a metal birdseed container.
Image via Sourgrassbuilt

This atrium-style shelter is an homage to Eichler’s vision of California Modern architecture.
Image via Sourgrassbuilt

The Kauai House was inspired by Bernhard’s trips to Kauai, where he became enamored with Hawaiian architecture.
Image via Sourgrassbuilt 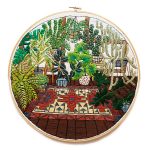 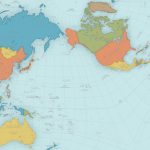