We’ve been conditioned to look at the world in one, highly distorted, manner due to the prevalence of the Mercator projection. Gerardus Mercator’s vision of the world was revealed in 1569 and has become the widely accepted version of the planet, yet it contains enormous flaws. For one, both Antarctica and Greenland are represented as much larger landmasses than what is accurate, while Alaska is shown to be as big as Brazil, even though Brazil is nearly five times its size.

One clever Japanese designer, Hajime Narukawa, has spent years studying an innovative solution for a new world map. To resolve the flaws, he has created the AuthaGraph map, a perfectly proportioned rendering of our planet that functions both as a bi-dimensional map and three-dimensional globe. You can make your own piece of geographical origami by printing out the AuthaGraph and folding it into different shapes, all of which show a proportional representation of land and sea. Antarctica, for instance, is shown proportionally and its positioning surprisingly shows how close the continent is to Africa.

The AuthaGraph website explains the complex process of creating the proportional map. “This rectangular world map is made by equally dividing a spherical surface into 96 triangles, transferring it to a tetrahedron while maintaining areas proportions and unfolding it to be a rectangle. The world map can be tiled in any direction without visible seams.”

Accuracy and innovation helped Narukawa and AuthaGraph win the coveted Good Design Award, beating out more than 1,000 submissions. Narukawa notes that while an accurate map may not have been greatly important in the past, a new world view is increasingly necessary in light of climate change and global power shifts. The AuthaGraph world map poster is available for international purchase online for ¥7,480 (about $73) plus shipping via Alexcious. 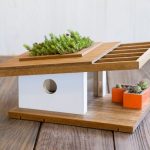 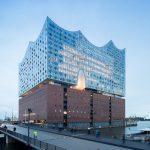