Photographer Shinya Arimoto likes to show a different side of Japan—the one he sees on the streets, filled with eccentric characters. Born in Osaka, Arimoto is currently a professor of photography at the Tokyo School of Visual Arts, as well as the director of the Totem Pole Photo Gallery. When he’s not at work, Arimoto can be found roaming the streets, interacting with his subjects.

Arimoto holds his subjects in high regard, taking care to speak with them and gain their permission before shooting. In this way his work is less about society and more about individuals, which reflects in the respectful way he captures each of them. Narrowing in on a specific sector of the population, Arimoto opens a window for us to see parts of Japanese society outside the stereotypes. Meticulous about his work, he estimates that he can shoot up to 10 rolls of film a day, arriving at his location around noon and staying until sunset. With individual contact so fundamental to his work, it’s essential that he mingle with as many people as possible in order to increase his chances for a good image.

He shoots mainly in a square format, a conscious choice used to balance the distribution of space between the subject and the background. Arimoto spent ten years in Tibet photographing individuals in all types of circumstances. The same philosophy he had about shooting in Tibet carries through to the streets of Tokyo. “I believe that the human organism is of the city and it’s all part of one ecosystem. I create these photographs which formulate that the environment and habitat of man is the city.” he shared in a 2013 interview. “Now I photograph people struggling against but again also benefiting from their environment here in Tokyo. I think that among the two, I’m interested in finding common denominators as human beings.”

All images via Shinya Arimoto. 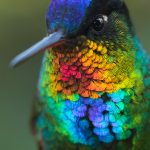 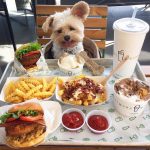