While tending to his garden in the tiny German town of Bad Müenstereifel, an 82-year-old resident unexpectedly unearthed a particularly precious crop. Wrapped around a recently cultivated carrot, he found something he had unluckily lost a long time ago: his treasured wedding band.

According German public broadcaster WDR, shortly after celebrating his “golden” wedding anniversary—the milestone that marks 50 years of marriage—with his beloved wife three years ago, the man realized his ring was missing from his finger. Unsure where the meaningful memento had gone, the couple continuously kept an eye out for it. Though their ongoing search proved fruitless, his hopeful other half insisted that it was bound to pop up somewhere. However, she may not have guessed it would eventually be excavated from their own backyard—or that it would hitch a ride on a root vegetable. Two-and-a-half years after the band went missing, the man’s wife sadly passed away. While she was no longer there to help with the hunt, her confidence in its retrieval ultimately paid off when it was finally recovered six months later.

Having most likely slipped off his finger as the man worked in the soil, the ring remained deeply buried underground until a strange and serendipitous encounter with a growing carrot. As the carrot increased in size, it bumped into the ring and began to grow around it. When it was finally plucked from the ground, it took the ring with it, returning the long lost buried treasure to its longtime owner. Overjoyed with his find, the man realized that, with a little bit of confidence and whole a lot of patience, “you reap what you sow.”

All images via WDR. 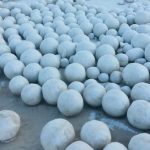 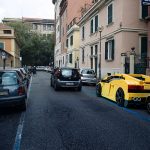