It may seem like an art installation or the set of a science fiction film, but these white spheres filling a beach in Nyda, Siberia are actually giant snowballs. The natural formations, ranging from a few inches to three feet in width, have overtaken an 11-mile stretch of the coastline seemingly overnight. These rare pearls are crying out for an epic snowball fight—just get out the catapult.

About two weeks ago the snowballs began appearing on the beach, much to the dismay of villagers, who were stunned by what they saw. Located above the Arctic Circle, Nyda sees its fair share of cold weather, but nothing that ended with this result. A similar phenomenon occurred around Lake Michigan in 2014, so while these giant snowballs are rare, they aren’t unheard of.

Just how do these icy globes get formed? It’s a unique combination of freezing temperatures, wind, and water. “When the water in the gulf rose, it came into contact with the frost. The beach began to be covered with ice. Then the water began to slowly retreat, and the ice remained. Its pieces were rolling over in the wet sand, and turned into these balls,” Sergei Lisenkov from the Arctic and Antarctic Research Institute explains. “It is a rare natural phenomenon. As a rule, grease ice forms first, slush. And then a combination of the action of the wind, the outlines of the coastline, and the temperature, may lead to the formation of such balls.”

Above image via Sergey Bychenkov/Arctic and Antarctic Research Institute 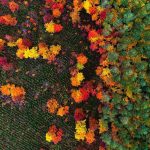 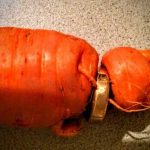