Known for its coat of candy-colored paint and its sleek, streamlined design, the Vespa scooter is an undeniably iconic vehicle. Proudly made in Italy and particularly popular in Europe, the Vespa has hardly changed since it first hit the roads in 1946. Now, however, the two-wheeler will be receiving a bit of a modern makeover, as Piaggio, Vespa’s parent company, has announced plans to roll out a much-anticipated electric model.

Piaggio shared the exciting and electrifying news in the days leading up to the EICMA Motorcycle Show in Milan. While the model, named Eletricca, is still in its preliminary planning phase, it is predicted to emerge on the scene in late 2017. As an environmentally friendly and sustainable transport option, Eletricca will be an obvious leap forward for the Vespa brand; intended to “redesign the mobility of the future,” the new model will inevitably add a contemporary touch to the classic company. However, this does not mean that its retro roots will be forgotten. In a preliminary conceptual photo, the Eletricca prototype appears to retain Vespa’s signature silhouette (specifically, that of the Primavera model) and standard steel body, which has been covered in a coat of shiny silver paint and features futuristic pops of florescent blue.

In addition to the Eletricca model, Piaggio unveiled another socially-minded product: the Vespa 946, a striking special-edition scooter whose proceeds will benefit (RED), a non-profit dedicated to fighting AIDS, malaria, and tuberculosis through crucial research and increased awareness. Like Eletricca, the Vespa 946 still retains the qualities of the timeless model we all know and love—just with a bit of a charitable twist.

The Vespa has always claimed to be “not just a scooter, [but] a way of life,” and, with its recent focus on designs that are environmentally friendly, sustainable, and even lifesaving, it’s a way of life we can all get behind.

All images via Vespa. 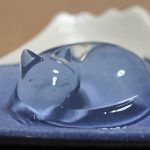