When a natural disaster strikes, it’s hard to know what to do next. Evacuees must search for temporary homes that are both safe and affordable, while concerned citizens who are not directly affected want to find ways to help out their neighbors. Luckily, Airbnb has an answer. In early last week’s anticipation for Hurricane Matthew—which has now horribly battered the southeastern coast of the US—the site reactivated their Disaster Response Program, which allows in-land users located in Florida, Georgia, and the Carolinas to list their homes and rooms at a cost of $0 to those fleeing the storm.

Airbnb’s Disaster Response Program was first launched in 2012 after Hurricane Sandy hit New York, and it was completely inspired by the generous community who wanted to help others in the way they knew best—by opening up a warm and loving home to those in need. The program’s goal is “to make it easier for community members all over the world to provide emergency accommodations in times of crisis.” Since then, thousands of hosts have offered their homes free of cost after such tragedies as the Louisiana flooding, the Paris attacks, and Italy’s most recent devastating earthquake.

According to the website, “During an emergency, Airbnb may email local hosts with information about how to help and how to offer their extra space to affected community members. These hosts are still covered by the Host Guarantee, and Airbnb’s fees are waived.” Currently, homes are listed for those in the Florida and Georgia coasts, as well as people in the midst of the North Carolina floods. The free discount only applies when used between specific dates, which depend on the storm’s path in each location.

Both those in need of a place to stay and those who can offer their place for free can visit Airbnb’s Disaster Response page for more information. 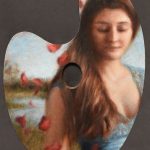