Looking at an Andean condor, one might wonder how such an enormous bird flies at all, let alone achieves an altitude of over 16,000 feet (5,000 meters). This giant species of vulture can have a wingspan of 10 feet and a body weight comparable to a human toddler, between 20 to 30 pounds. Recently, researchers at Swansea University collaborated with scientists in Argentina to study the flight of Andean condors in their habitat. They sought to answer how often and in what weather conditions the large birds flap their wings in flight, thereby using precious energy to remain at or change their altitude.

By attaching special monitoring devices to young Andean condors, researchers were able to count each flap of the birds’ giant wings. As it turns out, Andean condors spend precious little time and energy flapping their wings. During the birds’ time in the air, less than one percent was spent flapping. Most flapping occurred during takeoff or flying close to the ground. These surprising statistics—published in the Proceedings of the National Academy of Sciences—have some big implications.

Researchers note with interest that the young birds they studied could be very efficient at soaring through the skies. One airborne condor did not flap its wings for over five hours, gliding more than 100 miles. The paper suggests the flight of Andean condors in present-day South America may help scientists understand how even larger prehistoric birds stayed afloat on air currents many millennia ago.

For more on Andean condors and their status as a near-threatened species, check out the National Aviary webpage.

The Andean condor has a wingspan of 10 feet and can soar many miles without flapping its wings.

The flight of the Andean condor may shed light on how giant prehistoric birds stayed airborne.

Amazing Winners of the 2019 Bird Photographer of the Year Contest

Striking Portraits of Rare and Endangered Birds With Unique Personalities 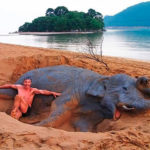 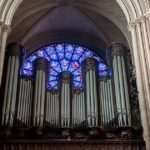