A little over a year after a fire raged through Notre-Dame Cathedral, its famous organ is getting a makeover. Though France’s largest musical instrument wasn’t damaged in the fire, it certainly needs a good cleaning. Work has just begun and is estimated to take four years. That will get this majestic instrument ready to play when Notre-Dame is set to reopen after reconstruction in 2024.

With over 8,000 pipes, the organ is a point of pride at Notre-Dame. Dating from 1733, it was covered in toxic lead dust that settled from the roof tiles and spire during the fire. In addition, it’s also taken a beating following the fire. As Notre-Dame lost its roof, the beloved instrument has been open to the weather for the past year. Now, experts have slowly begun dismantling the organ to get it ready for cleaning.

They’ve already begun by removing the keyboards and then will move on to the pipes. Just this process alone is estimated to take until the end of 2020. Once the organ is cleaned and reassembled, it will take another six months to tune and harmonize it. Though the process is slow, Notre-Dame’s organists can’t wait to see their beloved organ restored to its former glory.

“It’s a very powerful organ, but with also a lot of poetry,” shares organist Johann Vexo, who was actually playing the organ during Mass when the fire alarms rang in April 2019. “It’s just probably the most beautiful organ in the world. Like all my colleagues, we are very sad, and we know that we have to be very patient over the next few years.”

Though French President Emmanuel Macron set a deadline to open Notre-Dame in Spring 2024, just in time for the Paris 2024 Olympics, it appears that will be difficult. It’s taken over a year to simply clear out the debris and scaffolding that was in place before the fire. In fact, a team is still working to extract the scaffolding that surrounded the central spire that fell, as the material has fused together. This project will be ongoing until September.

All eyes will certainly be on Paris as they move to rebuild Notre-Dame exactly as it once was after having decided to forgo modernization.

8 Modern Spire Designs for the Reconstruction of Notre-Dame

Notre-Dame in Art: How the Medieval Cathedral Has Enchanted Artists for Centuries

Notre-Dame Updates: What We Know About the Cathedral Five Months After the Fire 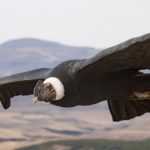 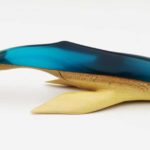