You might be familiar with the boudoir photo, a type of female portrait that’s typically captured in the privacy of her bedroom. There’s a men’s version of this sexy photoshoot, however, and it’s appropriately called “dudeoir.” Often, it’s a cheeky gift for loved ones and is never meant to see the light of the internet. Oklahoma City-based photographer Sarah Hester collaborated with model Zachary Howell to put a fun and “geeky” twist on the genre—and it’s definitely a series the world needs to see.

Howell bears a striking resemblance to Harry Potter, and this likeness was the basis for Hester’s recent photoshoot. Shirtless and holding a wand, Howell channels his inner schoolboy wizard but with a grown-up spin. The portraits are suggestive but not too revealing, capturing the spirit and fun of a dudeior. Although it looks serious—like at any moment “Harry” could cast a spell—Hester said that the shoot was a lot of fun. “I was really uncomfortable because I don’t typically shoot men,” she recalled to BuzzFeed. “Zach made it easy. I had a crew of amazing people helping out for the shoot. We all had an absolute blast! I have never laughed so much while shooting.”

The idea for the dudeior came organically. “I met Zach at a meetup I held at the studio for local photographers,” Hester said. “He’s a photographer and a model. I started calling him ‘Harry’ because I could NOT remember his name. I jokingly asked if he would be willing to shoot a Harry Potter boudoir session and he was into the idea! We set up the shoot for a week later.”

Now that she’s photographed a hunky Harry, Hester isn’t stopping there—she’s got a few more of these nerdy shoots up her sleeve. 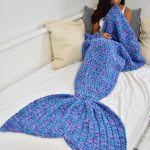 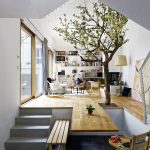