Retailer IKEA is known for its showrooms, in which their stylish, modern furniture is impeccably arranged and offers its own version of a fantasy—it’s a glimpse into what life would be like if you had that dreamy layout as your own. Inside the company’s flagship store in Slependen, Norway, however, a typically bright and welcoming display has been replaced with a powerful message. IKEA has recently partnered with the Red Cross to transform one of its pop-up spaces into a replica of a Syrian home.

Called 25 m2 of Syria, this showroom is anything but picture-perfect. Instead, it’s an honest depiction of a home just outside of Damascus, the capital of the Middle Eastern country. In it, a woman named Rana and her family of nine live among cinder block walls and some scattered furnishings. The atmosphere is dismal—its residents lack the basic necessities like food, medicine, and clean water—making it a solemn reminder of this ongoing humanitarian crisis.

The installation was created by advertising agency POL as a way to promote Norway’s annual fundraiser called TV-aksjonen, which has pledged its donations this year to aid those living in war and conflict zones. 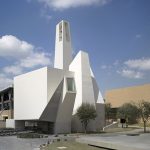