British photographer Adam Bird immediately caught our attention with his lush, fantastical imagery. The 19-year-old fine art and fashion photographer is shooting friends, models, and even himself, in situations that are one part fairy tale, one part Surrealist painting, and one part Pink Floyd album cover. The cool, muted colors help give his work a melancholy feel, with his figures often shot from behind or with downcast eyes. As the viewer, we are transported into Bird’s fantasy world, taken along for a quasi-cinematic ride.

Bird discovered his love of photography in 2012, and inspired by nature and fairy tales, he’s set about honing his craft. Already editing pre-existing photos, he then set about using that skill on his own images—resulting in artistically stunning photographs limited only by his imagination. We recently had a chat with Adam about his work and what we can expect from him next. Read on below for our exclusive interview.

Your photos almost look like surrealist paintings. What inspires your photography style?

The inspiration behind my work comes from a lot of places and can hit me at any time. It could just be a mood that I’m feeling or simply the weather on the day of a shoot. My style of photography is greatly inspired by other photographers and artists too, such as Tim Walker. I love the surreal and playful aspect behind his work and how his images can hold your attention and make you think.

As someone who occasionally inserts drawings into his photography, how do you think mixing in other mediums can enhance the final image?

I practiced with a similar technique at college before but it was not so successful. I think mixing mediums like drawing and photography makes for a much more interesting image. It allows me to play on my imagination and create images with a magical aspect in them.

You’ve also been known to include self-made props, as opposed to ones that are digitally added in post-production. How would you say this affects your final image?

I’ve actually made props for several of my photos now. Digitally adding them is always fun but I much prefer to have a physical prop on set. It allows your subject to interact with the scene and also creates a sense of believability.

You decided to pose for the first photo yourself because the water was extremely cold, and you didn’t want to put a model in that situation. How did it feel to be on the other side of the lens?

I’ve been experimenting with self-portraiture lately and I’m quite enjoying it. At first it felt strange to be on the other side of the lens, but the shoots are usually quicker as I know exactly what I need to capture. It has helped me a lot with direction too and how to make my models feel more comfortable in front of the camera.

What role does nature play in your photography?

I love the outdoors. Shooting in a studio just doesn’t do it for me and being outside with nature gives me a ton more possibilities when creating surreal scenes. However, one day I’d like to look into set building and bringing the outdoors in!

Do you have any particular image that has special significance for you?

I do! The above image was the first time I worked with a professional model and it kind of got the ball rolling for me to work with a team.

We love seeing how your work has developed. Do you have any upcoming projects people should look out for?

I do! I’m currently working on an Alice in Wonderland series and I’m in the process of making a giant teacup prop! Keep an eye on my Facebook page for updates on it!

Get a behind-the-scenes look at Adam’s photoshoots to see how he achieves these incredible shots.

My Modern Met granted permission to use images by Adam Bird. 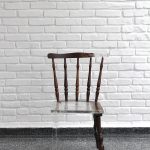