Inspiration can strike anywhere—and often, it’s in the oddest of ways. Fueled by boredom during a car ride, Redditor Fouad_Osama tried to amuse himself by folding a $5 bill in half and trying to match it to his face. Thanks to his beard, a few uncanny similarities, and just the right angle, he successfully transformed himself into a bizarre—yet oddly delightful—hybrid of former president Abraham Lincoln.

Fouad_Osama’s trick quickly caught the attention of other Redditors and inspired them to make their own money face. Whether it’s another $5 or the £10, a simple folded bank note offers lighthearted amusement that anyone can try. The forced perspective photo trick even sparked its own subreddit called OnTheMoney, which features a trove of currency characters by others who have completed the challenge. 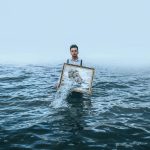 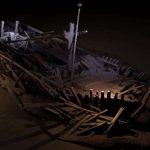