Disney’s beloved animated film Beauty and the Beast is getting a live-action remake, and after much anticipation, new scenes from it have finally been revealed. Shared exclusively by Entertainment Weekly, the stunning images convey the magic of the original 1991 release that inspired a long-running Broadway musical and countless little girls wishing they were Belle.

Emma Watson shines as Belle, who was enamored with the role ever since she was a little girl. “I can’t even think how many times I watched it as a child,” she told EW. “I knew all the words by heart. I knew all the songs by heart.” Watson is seen in the sneak peek photos donning the iconic yellow dress—wearing it as if she was always meant to.

Included in the series of photographs are other lovable characters; Gaston (played by Luke Evans) shows off his swords, while the Beast (Dan Stevens) looks through a dusty book with Belle by his side. And let’s not forget the delightful Cogsworth, Mrs. Potts, Lumière and Plumette—they’ll make an appearance, too.

All images via Laurie Sparham / Disney. 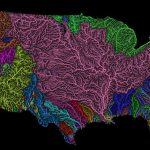 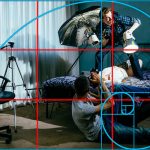