When you think of a map, you most likely envision a collection of countries, cities, and roads—but there are countless ways to visualize land. Geographer Robert Szucs has done so using waterways, focusing specifically on river basins. To show their paths, he applies vibrant colors to the feather-like motifs as they extend across large areas of the world.

Szucs takes us on a journey from the United States to South America to Europe to Africa. Each map is set against a black background and the rivers are highlighted in an array of neon colors that are electrified against the dark surface. This aesthetic makes the plot points resemble something other than waterways—rather, the designs have a more decorative appeal than a scientific one.

Szucs uses open-source Geographic Information System software to generate these maps. Afterwards, he color codes them into catchment areas—the area from which rainfall flows into a river—which accounts for the changing hues. All of his maps are currently available as downloadable high-resolution prints on Etsy. 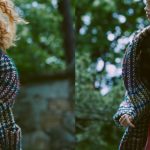 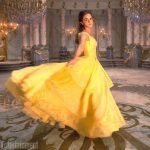