It seems like lava photos are all the rage and creative photographer Benjamin Von Wong has taken things to a new level by placing a model within striking distance of the molten rock. We’ve seen the Montreal-based photographer capture stunning underwater images and set a man on fire, but his newest series of work called for a whole new thought process to ensure everyone’s safety. Von Wong called on lava photography expert CJ Kale for his expertise while planning the shoot on the Big Island of Hawaii. The crew was warned to pack light, but wanting to be ready for anything, they couldn’t resist trekking four miles to the location with gadgets from smoke balls and a 2L water sprayer to a battery-powered smoke machine. In the end, this equipment was fundamental in giving the photographer the surreal, apocalyptic atmosphere he desired.

Model Tau Samuels was kept cool with the mist from the 2L water sprayer, which also gives an effect of steam rising from the hot surface. In order to get the backlit effect that brings definition to the images, a crew member worked in tandem with Samuels, having to position himself directly behind the model in order not to be seen in the images. This choreography allowed for the perfect lighting in order for the photographs to pop and not be overwhelmed by glowing red lava in a sea of black.

It was a desire to give something back that pushed Von Wong to these extreme conditions. “From draughts to devastating hurricanes—it seems almost impossible these days to turn on the news without being exposed to the latest extreme weather events. For me, this has always led to a feeling of hopelessness—something that I’ve never been good at dealing with,” Von Wong writes on his blog. “The desire to do something, anything—led to the birth of this shoot featuring a tribal character facing a desolate landscape. My hope was to bring attention to indigenous communities at risk from climate change and to donate 100% of print profits to victims of Hurricane Matthew.”

To that end, prints are available for purchase with the profits going to the St. Boniface Haiti Foundation. The foundation is a Haitian organization that focuses on bringing affordable healthcare, education opportunities, and community development to Haitians in need. According to Charity Navigator, the foundation spends 90% of funds received on its programs and services and enjoys a 4 out of 4 star rating. Check out more images from the shoot, as well as a behind the scenes video, below.

My Modern Met granted permission to use photos by Benjamin Von Wong. 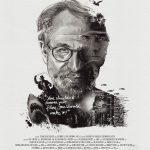 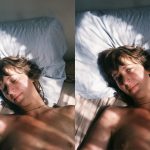