Since the beginning of this school year, Josette Duran has kept an unusual morning routine at the request of her son, Dylan. Every day, she packs him a lunch of two sandwiches, two bags of chips, two drinks, and two servings of fruit. At first, Duran thought her son had perhaps hit another growth spurt and needed double the fuel. She finally asked him if he was getting enough to eat and received a surprising answer about why Dylan needed the extra food. “It’s for this boy. He only eats a fruit cup for lunch,” Duran shared her son’s response in an inspiring Facebook post. “Can you make him lunch too? I don’t think he has lunch money.”

It turned out that Dylan had befriended a classmate whose family really needed the help. The boy’s single mother had recently lost her job and could no longer afford to buy school lunches. After learning this, Duran was even more eager to help out the boy and his mother because she herself could empathize with their situation. “This hits home to me because a few years ago, me and my son were homeless,” Duran told KOAT News. ”I was living in my car and I was washing him in bathrooms. And we didn’t have food.” Now that they had overcome their hardship and were in a stable place, Duran wanted nothing more than to reach out and help others in need.

When the young boy’s mother learned of Duran’s generosity, she called her up and offered to pay her back for everything, but Duran couldn’t accept it. “I don’t think I did anything special,” Duran said in a live Facebook video. ”I just think I did what a human being is supposed to do.”

The kindness and compassion doesn’t stop there. The efforts made by Duran, who is also the coach of the local school’s girls volleyball team, didn’t go unnoticed by her players. Her team raised $400 to give to Coach Duran to cover the cost of all the extra lunches she had made out of her own pocket. But Duran refused to keep the cash, and instead, donated it to the cafeteria at her son’s school. The money was enough to pay back the past due accounts of all students who buy school lunch. “Now everyone can eat,” Duran said, proud that it all started with her 11-year-old son’s close observation of someone other than himself—someone he knew could use a helping hand and a PB&J made with lots of love. 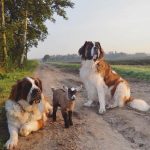