Artist Mike Leavitt is a man of many talents. The Washington-based artist can “do satire, carve wood, sculpt idols, design toys & make dolls in [his] basement,” and describes his eccentric and inventive style as “Hi-Pop”, which is, in his own words, “basically pop art, but with a soul.” His collection of quirky creations spans hilarious action figures of politicians, silly celebrity dolls, and, recently, King Cuts, a star-studded sculptural series of iconic film directors morphed with their most well-known characters.

King Cuts presents 16 of the “all time best film directors” fused with the very characters they have created. While each hybrid figure features the recognizable face of the depicted director, his or her (often inhuman) body, clothing, and props are entirely inspired by film. Alfred Hitchcock hilariously takes on the body of a bird, James Cameron seductively lounges as an Avatar aboard the Titanic, a composite of George Lucas and Jabba the Hut wields Indiana Jones’ iconic whip, and Steven Spielberg tries to “phone home” as E.T. Each piece measures 18 inches—either in length or width—and is hand-crafted with wood, polymer clay, and acrylic paint.

Though seemingly silly, the peculiar homages to Leavitt’s favorite storytellers also explore the role of the director from an artistic perspective that is both abstract and literal. The artist views directors as dedicated individuals who embody and personify the tireless nature of the filmmaking process—so much so, in fact, that their identity becomes interchangeable with their creations. “Great film directors get cut up. They take pains with the details, story, money and sacrifices to their vision. Their body succumbs to the pressure,” he writes on his website. “Tarantino, Kubrick, Scorsese and more physically consumed by their work. Hitchcock, Coppola and others are cut from blocks of wood like directors cut a take or reel. There’s a risk of mistakes with every slice. Directors commit to a story at every cut.” 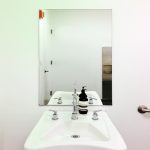 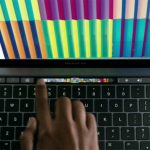