Just as Microsoft announced their stunning all-in-one PC, Apple has introduced the latest in its generation of laptops, the newest Macbook Pro. The timing is fitting, too—the device was released in the week that marks the 25th anniversary of its first notebook, and it arrives with the laptop’s most defining feature yet: the Touch Bar, a secondary touch-sensitive display band that rests above the keyboard.

The Touch Bar is an application-specific Retina display that supplements the larger screen above. Photoshop is one program that will shine from this addition, as the Touch Bar contains the controls needed for a tool or task, such as changing brush size or selecting colors. To use, simply drag your finger along the surface. In addition to app support, the Touch Bar includes a Touch ID fingerprint sensor (perfect for Apple Pay) as well as the function keys like brightness and sound.

Aside from the Touch Bar, the Macbook Pro has impressive upgrades to its hardware. It’s 130% faster in rendering 3D graphics and can be connected to multiple 5K displays (ideal for high-quality video editing). The primary display is 67% brighter with a 67% higher contrast ratio. As a whole, the computer consumes less power and has a 10-hour battery life.

The new Macbook Pro is now on sale in 13″ and 15″ sizes. If you’re itching for the integration of Photoshop, you’ll have to wait a bit longer—Adobe hopes to have touch compatibility by the end of 2016. 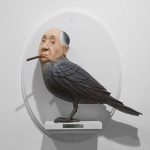 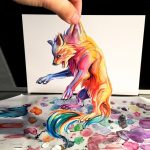