The conflict in Syria continues to force millions of refugees out of their homes. These victims of war are constantly torn from loved ones and must leave friends, family, and pets behind. In the ancient city of Aleppo—a UNESCO World Heritage site and the location of some of the worst destruction caused by the war—hundreds of stray household cats have been left by fleeing families to fend the war on their own. Fortunately, one man has made it his mission to protect the orphaned felines in his city.

Mohammad Alaa Aljaleel is an ambulance driver who began feeding and taking care of the cats in the abandoned neighborhood of Masakan Hanano in 2014. He bought $4 of meat everyday and fed it to the twenty cats who lived there at the time. Since then, the number of strays has increased into the hundreds, which encouraged Alaa to establish a non-profit sanctuary called Il Gattaro d’Aleppo.

With so many precious lives at stake, Aljaleel has risked his life to stay in Syria and care for these cats. He’s even made a name for himself as “The Cat Man of Aleppo.” People come to him with their cats as they prepare to flee the country, trusting his ability to ensure the cat’s safety. In fact, a girl once gave him her kitten because she couldn’t take it with her. “She cried as she handed her to me,” Alaa told BBC, ”and they left the country. She said, ‘Please promise to return my cat back to me when we come back.’ ” Alaa nodded his head and even sent the girl photos of her safe and healthy kitten.

Many of Alaa’s friends have escaped the country. The cats are all that he has left. He calls them family. “I’ll stay with them no matter what happens,” he says. “Someone who has mercy in their heart for people, has mercy for every living thing.”

Alaa’s big-hearted humanity and selflessness has inspired a global community to support his candidacy for the Nobel Peace Prize. You can support Alaa’s rescue efforts on the community’s Facebook page, Nobel Peace Prize to Alaa.

All images via Nobel Peace Prize to Alaa. 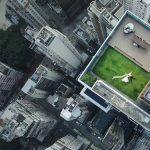 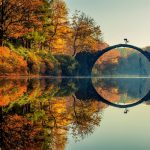