Tucked away in the waters of Australia’s Mary River in Queensland there is a unique species of freshwater turtle—the Mary River turtle. This special specimen diverged from other species 40 million years ago. For such an ancient turtle, funnily enough, they were only properly described by scientists 25 years ago. These endangered animals are distinct in many ways, but perhaps attract the most attention for their punk hairdo.

Mary River turtles will often have what looks like a green mop of hair. In reality, their stylish mane is just algae that are attached to the animal and grown in long strands. These turtles make a favorite landing spot for the algae as they spend much of their time underwater. That’s because special glands allow it to absorb oxygen with its cloaca—the opening for reproduction and excretion. This means that the Mary River turtle can spend up to three days underwater without ever having to surface to breathe.

Incredibly, these turtles were sold into pet stores en masse throughout the 1960s and 1970s. In fact, it’s estimated that about 10,000 eggs a year were shipped over the course of 10 years. At the time, they were called “Penny-turtles.” Eventually, turtle researcher John Cann became interested in the origins of these hatchlings and investigated where they came from. For 20 years he pursued leads to discover where the turtles found in pet shops in Victoria came from. This finally led him to the Mary River and he, along with American researcher John Leggler, described the species in depth in 1994.

Unfortunately, the huge demand for these turtles as pets is one of the main reasons for their decline. This, coupled with habitat loss due to the building of dams, has been devastating for the population. As Mary River turtles reach maturity quite late, their reproductive rates haven’t been able to sustain the population. Currently, there are only about 10,000 Mary River turtles left in the wild.

“The turtle takes a long time to reach sexual maturity, taking up to 25 to 30 years,” shares biologist Rikki Gumbs. “As their vulnerability was discovered late, we lost a whole generation due to the pet trade and now their population has become very small.”

Luckily, a renewed attention was brought to the Mary River turtle in 2018 when the Zoological Society London (ZSL) published their EDGE list of endangered reptiles. Conservationists are currently working to protect the species and bring its population numbers back up.

Rare Vaquita Faces Extinction With Only 12 Left in the Wild 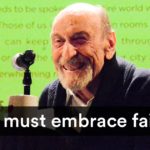 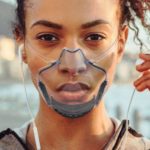