The next time you take a stroll through Las Vegas’ Boulder Plaza, your footsteps may help power newly installed, clean energy streetlights. The city has teamed up with New York-based EnGo Planet to install their kinetic and solar powered street lights in the city’s Arts District. As cities across the nation begin using renewable energy to bring down their net emissions, EnGo Planet’s smart streetlights are aiding in a battle toward efficiency. Combatting more than 100 million tons of annual carbon pollution generated by more than 300 million traditional streetlights globally is the first step.

The concept is quite simple. Kinetic pads are installed in close proximity to the streetlights, which are also fitted with solar panels. As pedestrians step on the pads, kinetic energy is stored in a generator. One footstep produces between 4 and 8 watts. When combined with solar energy gathered during the day, it produces enough to power the LED streetlights. All of this would be innovative enough, but EnGo Planet has added some smart features that amp up the lights. For instance, each streetlight has a WiFi hotspot and mobile charging station fitted with a wireless charging pad and USB ports. Going a step further, integrated smart sensors monitor temperature, air quality, and humidity, and the entire system can be monitored by online software that allows you to check the collected data, see the battery status, and even dim the lights.

With this recent initiative, Las Vegas is looking to do more than simply cut down on the light bill. “We want to provide the highest service levels while also looking to the future and ensuring that we are sustainable,” Las Vegas Mayor Carolyn G. Goodman declared. “Through our LEED certified buildings, solar projects, water reclamation, alternative-fueled vehicles and sustainable streetlights, Las Vegas continues to lead the way.”

EnGo Planet’s next goal is to bring their smart streetlights to 10 rural areas in Africa, where streetlights are missing and people often pay high fees to simply charge their phone. Through their Indiegogo campaign they are looking to fund the production, shipping, and installation of at least 60 units in order to do their part in bringing light to some of the 1.4 billion people worldwide who do not have access to electricity or public lights.

All images via EnGo Planet. 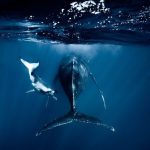 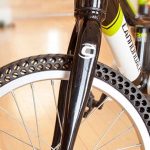