On Taiwan’s Kinmen Island, a monumental concrete loudspeaker that once broadcast anti-communist propaganda across the sea to China has been transformed by artists for Sonic Territories.

Situated six and a half kilometers off the coast of mainland China, the brutalist facade of the Beishan loudspeaker is fitted with 48 military-grade loudspeakers. During the Cold War, this broadcast tower was used by the Taiwanese government to project anti-communist propaganda across the water to the city of Xiamen. For Sonic Territories, the speaker will instead play the work of three Taiwanese musicians, Hsia-Fei Chang, Wang Fu-Jui and Ada Kai-Ting Yang, who is curating the show alongside French-born, Berlin-based musician Augustin Maurs. In a statement to ArtNet about the project—which is taking place on the 60th anniversary of the Taiwan Strait Crisis—Maurs remarked: “Art doesn’t have to be explicitly political to be political.” 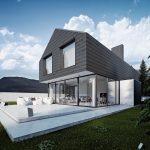 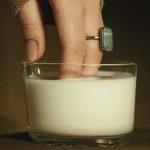