The American artist’s practice can be described as an ongoing investigation of spaces, objects, and everyday acts of living towards a better understanding of our existence and participation in culture. If a constant reflection on human nature is found throughout the artist’s 30-year oeuvre, her interest in spatial containment is best encapsulated in the geographical experiential territory of ‘A-Z West’, Zittel’s art and research center in the Joshua Tree National Park, which functions as an evolving testing ground for experimental designs for living. ‘Planar Pavilions’ is the only artwork and section of the artist’s property to be open to the public at all times. Loosely arranged across a large piece of land between Zittel’s residence and the nearest highway, this otherworldly installation stands still and silent, inviting visitors to linger and contemplate concepts such as life, autonomy, and freedom.

Each pavilion consists of a series of vertical planes that function as walls, boundaries, and divisions; providing physical and psychological forms of shelter. Despite their abstract appearance and lacking roofs, the architectonic forms offer functional possibilities. They are suggestions of interior spaces meant to be shared; highly-articulated containers that both nurture and constrain, activating a dialogue of liberation through limitation and control. Completed in 2017, the installation functions as both architecture and an extension of the landscape itself. The large-scale sculptures appear unfinished, as if in a state of construction or abandonment, purposely evoking ancient ruins and creating a liminal zone that is neither entirely domesticated nor fully wild. Due to the ever-changing weather and light of the Mojave Desert, each configuration seems to also change throughout the day; shifting from appearing imposing with prominent black angles, to unobtrusive and quiet—subtly disappearing into the dust. 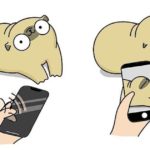 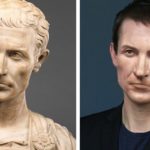