Massive in scale, Donovan’s sculptural compositions explore themes of accumulation and aggregation. By making use of mass-produced goods that are ubiquitous in society but often overlooked, Donovan’s works force the viewer to reconsider their actions and habits in a world fuelled by consumption. Her commitment to an effortful, laboured, and site-responsive methodology connects her to movements such as Postminimalism and Process Art, with comparisons to artists such as Richard Serra. The visual impact of her sprawling works is a pleasurably profound experience; the atmospheric effects of her art has been compared to experiencing the immersive works of James Turrell. Many of Donovan’s installations use singular materials by the thousands, and the assemblage of these individual components yield to the overall impression of the works. ‘Untitled (Styrofoam cups)’ (2003/2008) depicts a cloud-like form made from white styrofoam cups, bringing the cosmos to one’s imagination. ‘Colony’ (2005) uses a labyrinth of pencils chopped at different heights, bunched together to suggest a contour map of an entire city or island, or the depiction of a molecular structure. Through this process, Donovan considers the beauty in everyday objects, twisting the familiar into something else—thereby translating our inattentive actions into aesthetic works of art. 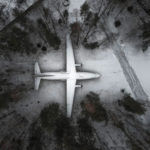 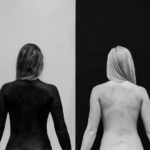