A raccoon is the epitome of the word “rascal” – it’s small, nosy, loves stealing food and is always looking for trouble. And one couple recently found out these adorable little creatures are quite avid photoshoot crashers!

A couple of newlyweds, Sarah and Zach, were having their wedding photoshoot in San Francisco’s Golden Gate Park when the unexpected happened. A gang of raccoons snuck out of the bushes straight into the frame before hastily scurrying away!

Newlyweds, Sarah and Zach, were having their wedding photoshoot in San Francisco’s Golden Gate Park when the unexpected happened

Five adorable furry bandits came out to see who was disturbing their peace and quickly stole the show away from the newlyweds.

A gang of raccoons crashed the photoshoot!

Photographer Kathryn White instantly knew what to do – she started taking photos of Zach and Sarah with the raccoon family and the photos turned out absolutely adorable. It almost looks like a scene from a Disney movie!

In an interview with Bored Panda, the photographer said that she hadn’t seen anything like this in the 10 years that she was doing wedding photoshoots.

“We were so surprised to see the family of raccoons approaching us!,” said Kathryn. “At first, I was a bit scared because they’re nocturnal & generally pretty vicious, so I warned my bride & groom to keep a distance, but the raccoons kept approaching us curiously, and seemed friendly enough!”

“I started taking photos of the encounter, and then they walked away from us on the path as we laughed at the randomness of it all… I mean, what are the chances?!” added the photographer. “We all decided it was like a ‘real-life Disney moment’ and must be a good omen.”

We’re sure the couple will never forget this magical day!

The post A Group Of Sneaky Raccoons Crashes A Wedding Photoshoot And It’s Both Hilarious And Adorable appeared first on DeMilked. 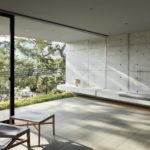 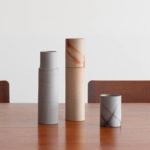