You’re never too old to try something new—even if it’s as bold as strutting your stuff down a fashion runway. An 80-year-old grandfather named Wang Deshun is proving that designers should look to the older population when it comes to modeling clothes. Last year, the actor and artist rocked some seriously stylish attire during China Fashion Week, looking at home among the crowd.

As he grew older, Deshun sought to defy the aging process by staying fit—he works out for three hours a day—and keep his mind sharp by trying new things. According to The New York Times, he’s a creative type and worked in radio, film, and theater when he was younger. In addition, Deshun taught runway modeling and organized shows, but only recently made his runway debut.

The fashion show was a tipping point for Deshun and thrust him into the national spotlight. He’s now referred to as China’s “hottest grandpa” and inspires others to always live their dreams. “It’s about your state of mind. It’s not about age,” he explained. “Nature determines age, but you determine your state of mind.” Heeding his own advice, he already has his next adventure in mind—parachuting.

See Deshun’s infectious spirit in a short video, below. 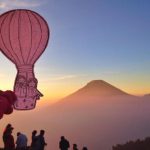 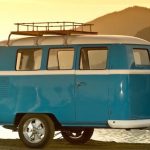