Australian artist Joshua Smith is a former stencil artist and gallerist turned miniaturist. For the past two years, Smith has focused his attention on creating miniature urban landscapes replete with detail. From graffitied walls to discarded cigarette butts, he uses everyday materials to bring his scale models to life.

“My work captures the often overlooked aspects of urban life from discarded cigarettes to trash to grime and rust on buildings,” Smith writes via email. “The works I create are of buildings long forgotten and soon to be demolished. I capture their current state of a once thriving but long forgotten space.”

Working in a scale of 1:20, Smith primarily uses MDF, cardboard, and plastic for the framing and base. Layers of paint and chalk pastels give the architecture its realistic feel prior to wiring and lighting. The artist’s newest work, created for the VOLTA Art Fair in New York, is a four-storey replica of a building in Kowloon.

This new masterpiece took three months to complete, with Smith putting in eight to sixteen hours a day. The level of care in creating authenticity is evident in its painstaking detail. Layers of posters crumble from the decaying facade, which shows an incredible level of wear—enough to make you think it’s been around much longer than it has. In fact, this is Smith’s goal. “I strive to create a reality,” he shares. “I take as many reference photos as possible to mimic every single streak of rust, grime, and chipping of stonework. I want viewers to be fooled, if I take a photo of the completed work in sunlight, to think it is the real thing.”

Joshua Smith’s realistic scale models of urban architecture have been his primary focus since 2015.

All images by Andrew Beveridge / ASB Creative Instagram. My Modern Met granted permission to use photos by Joshua Smith.

The post Artist Creates Miniature Worlds Mimicking the Grit and Grime of Urban Architecture appeared first on My Modern Met. 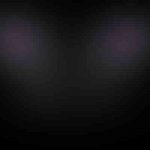