The world witnessed one of the greatest political upsets this past Tuesday as Donald Drumpf Trump was elected the 45th President of the United States. Winning less than half of the popular vote (but a majority of the electoral vote), people are in shock at the outcome—Hillary Clinton had the odds stacked in her favor prior to November 8. To convey the anger, hurt, fear, and disappointment that accompanies a Trump win, many have taken to social media. Artists and illustrators, in particular, have channeled their emotions into paintings and cartoons.

Similar to Brexit, creatives around the world have expressed their opinion on the presidential race. Some encapsulate feelings of despair by using the Statue of Liberty as a surrogate for those millions of people who never wanted Trump in office. Others imagine American symbols—like the bald eagle and Air Force One—adorned with his cornsilk combover. And one illustrator, Christopher David Ryan (aka @hellocdr), just wants to give Clinton a big hug.

Check out how others have reacted to the results of the election, below. 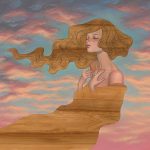 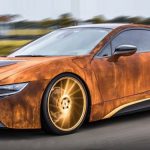