Achieving enormous success at a young age, 34-year-old painter Audrey Kawasaki is a leader in the lowbrow art movement. The delicate and sinuous women that pepper her oeuvre are painted with a hand that is instantly recognizable. Yet, it has been over two years since the celebrated, Los Angeles-based artist has presented her work in a solo exhibition. Judging from these preview images of her latest series, the upcoming exhibition titled Interlude will be well worth the wait.

It’s clear from these preview images that her ethereal, erotic artwork has developed in the interim. Kawasaki has always been one of our favorite artists, showing a spectacular ability to marry the natural wood supports she uses with line work that recalls Alphonse Mucha. It’s never easy for successful artists to take time out in order to experiment and push their art, but Kawasaki has done just that, achieving a remarkable outcome. Kawasaki shares that during this period, “[I] have been trying to rethink my creative process, looking back at my earlier works, and challenge my technical execution by eliminating my hatching brush strokes and solid blacks which has been a part of my style for some time.”

These changes lead to a softer touch, as the pale palette contrasts with the sinewy outlines, further enhancing Kawasaki’s trademark of integrating wood grain by leaving negative space in the work. The warm tones of blushing pinks and soft violet, created with layers of oil paint, embrace the spectator, lulling them into tranquility. The women in her work are as haunting as ever. “She chases a ghostly and forever evasive muse, always in search of the same cagey persona,” writes Thinkspace Gallery, which last exhibited Kawasaki’s work in 2011. “Reinvented endlessly through mutable guises and incarnations, Kawasaki pulls ‘her’ from beneath and within the surface of panel in what can only be described as an exorcism or a labor of love.”

With Interlude Kawasaki has succeeded in keeping her work’s core, while simultaneously pushing herself into new territory—something that should be applauded. Interlude runs from November 12 to December 3, 2016 at Thinkspace Gallery in Culver City, CA. The artist will be present at the opening. 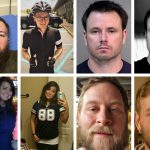 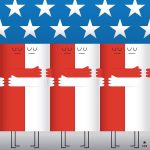