In April, a fire devastated Notre-Dame Cathedral, one of Paris’ most beloved monuments. Fortunately, firefighters were able to extinguish the blaze before the 850-year-old building lost its integrity. Sadly, however, efforts to save the church’s iconic spire were unsuccessful; as the oak and lead roof was reduced to ashes, the 750-ton structure crumbled and collapsed into the interior.

In addition to effectively erasing a key piece of the Parisian skyline, the destruction of the roof and spire has posed other problems. Piled up in the church, the broken beams and fragments of lead have ruined much of the nave and left a monumental mess. Of course, this debris is not the only issue plaguing the church post-fire; shattered stained glass windows, lost art, and smoke and water damage are also major concerns.

As expected, experts in the field predict it could take years, if not decades, to rebuild Notre-Dame Cathedral. While this means that one of Paris’ most visited destinations will be off-limits for the foreseeable future, you can still find ways to incorporate the church’s medieval magic into your next trip to the French capital.

At these six sites, you can experience the things that makes Notre-Dame so special, from its looming gargoyles to its beautiful garden. Located all over Paris, these gems are the perfect way to pay homage to the cathedral—all while viewing its age-old history through a new lens.

Step inside the first Gothic building: the Basilica of Saint Denis.

Notre-Dame Cathedral is the most famous work of Gothic architecture in the world. It is not, however, the oldest; that honor goes to the Basilique Saint-Denis, a medieval church located on the outskirts of Paris. Built in 1144, Saint-Denis was completed over 20 years before Notre-Dame’s construction even started. Several architectural elements that have made their grand debut at Saint-Denis also feature in Notre-Dame’s design, including ribbed vaulting, flying buttresses, and portals filled with intricate carvings.

Unlike the vaulted roof, Notre Dame’s supportive flying buttresses and stunning reliefs survived the fire. However, as access to the areas surrounding the church is limited during construction, they’re difficult to see. Fortunately, however, Saint-Denis features equally exquisite examples of all three of these architectural elements, making a trip to the basilica well worth the metro ride.

Climb the medieval Tour Saint-Jacques for a panoramic view of Paris.

For years, a major draw of Notre-Dame Cathedral has been the ability to ascend one of its beautiful bell towers. As visitors climb up the South Tower’s 387 stone steps, they get a glimpse of some of the buildings most enchanting elements, from a menagerie of gargoyles and grotesques to an unforgettable view of the city.

While Paris is full of climbable sites like the Eiffel Tower and the Arc de Triomphe, there is one monument that more closely captures the look and feel of Notre-Dame. Located just across the river, the 16th-century Tour Saint-Jacques is one of the city’s best-kept secrets. Though built a couple of centuries after Notre-Dame, this flamboyant bell tower has a lot in common with the cathedral, including a 300-step staircase, a gaggle of gargoyles, and a jaw-dropping panorama of Paris.

One feature that never fails to captivate visitors to Notre-Dame is its collection of stained glass. Luckily, most of the cathedral’s  windows—including its trio of rose windows—survived the fire. While you can still see these dazzling glassworks from just outside of the cathedral, nothing can compare to the captivating sight of sunlight streaming through their colorful panes. Fortunately, Notre-Dame Cathedral is not the only place to see this spectacle; in fact, the windows at the nearby Sainte-Chapelle may be even more impressive.

Described as the “jewel of the Rayonnant Gothic period,” Paris’ striking Sainte-Chapelle was built in the 13th century. Though it was initially intended to house relics, Sainte-Chapelle has since taken on a new role, as it is now home to some of the most famous stained glass windows in the world. In addition to a collection of 15 towering lancet windows, the medieval chapel also features a kaleidoscopic rose window similar in size to Notre-Dame’s well-known west window.

As an added bonus, be sure to look up when you’re outside of the chapel, and you will be able to catch a glimpse of its spire—a 19th-century structure similar in design to the one that once topped Notre-Dame Cathedral!

Relax in a Gothic garden at the Hotel de Sens.

As long as Notre-Dame itself is off-limits, so is the Square Jean XXIII, a beautiful garden located just behind the apse of the church. Full of flowers and benches, this small park offers cathedral-goers a pretty place to relax and gaze at the Gothic masterpiece. Luckily, there’s another square with a similar layout—and it’s just a couple of bridges away.

Nestled behind the Gothic Hotel de Sens, a 15th-century mansion that once housed archbishops, this garden is a great stand-in for the Square Jean XXIII. Though smaller than the latter, the Jardin de l’Hôtel de Sens is just as charming. Featuring plenty of places to sit, well-maintained flower beds, and views of the Gothic building’s turrets and gargoyles, this little garden is one of Paris’ hidden gems—and a picture-perfect stand-in for Notre-Dame’s square.

Stroll around Sacré-Cœur to hear the chime of famous church bells.

Of course, Notre-Dame would not be Notre-Dame without its collection of 10 bells. Led by its famous bourdon (the heaviest bell), the cathedral’s chimes have echoed through Paris for centuries, serving as both a call to worship and a marker of special occasions. While these bells won’t be ringing for a while, there are plenty of places in Paris where you can hear the toll of church bells, including the iconic Sacré-Cœur.

Stylistically, Sacré-Cœur has little in common with Notre-Dame Cathedral. Completed in the early 20th century, its rounded Romano-Byzantine features are a far-cry from Notre-Dame’s exquisite Gothic details. However, one thing that these sites do have in common is a celebrated collection of bells. While Notre-Dame has the most famous bourdon in France, Sacré-Cœur has the heaviest. Weighing an astounding 41,500 pounds, this bell produces one of the most distinctive chimes in all of Paris.

Located a mile away from the medieval monument and erected in the late Gothic period, the Church of Saint-Eustache is an excellent way to experience all that Notre-Dame has to offer. In fact, the relationship between the two buildings is so set in stone that they’ve come to be known as “family.”

“With its plan and structure, Saint-Eustache is the daughter of Notre-Dame de Paris: nave flanked by double aisles and chapels, wide non-protruding transept outside, choir surrounded by a double ambulatory and a row of chapels,” the Saint Eustache website explains. Because of this connection, this year’s Easter services were relocated from Notre-Dame Cathedral to Saint-Eustache, solidifying Saint-Eustache’s prominent place in Paris.

The Church of Saint-Eustache (Stock Photos from Mikhail Yuryev/Shutterstock)

Of course, nothing can replace a visit to Paris’ famed Notre-Dame Cathedral. However, with these alternatives, you can be sure that your next trip to the City of Lights won’t be missing any of its medieval magic.

Notre-Dame in Art: How the Medieval Cathedral Has Enchanted Artists for Centuries 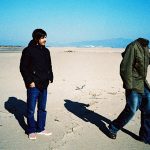 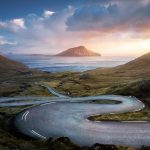