As soon as she saw Hawaii’s freshwater tide pools, photographer Yana Toyber knew what her next project would be.

“Once I went there, the idea just hit me,” she told Refinery29. “I want to do a female-centered project shooting women I know in these tide pools.”

She went on to shoot in the ocean as well, but these serene pools are the spiritual center of her series, Sacred Waters. Out in these tide pools, “you feel like you’re on the edge of the earth,” Toyber said, adding that they’re sometimes called “birthing pools” or “queens’ baths,” due to local history and legends. According to Toyber, some people believe that women used to give birth in the tide pools, while royalty would use the pools to bathe. 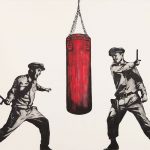 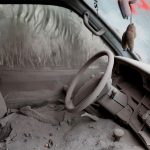