This minimalist home was built for the former mayor of Houthulst, who initially intended to build a turnkey house with a local contractor. He asked dmvA Architecten to look over the plans, and instead of advising him on alterations — they started designing instead. Based on the floor plan of typical patio houses from the Roman period, ‘House H’ is built on two orthogonal axes and is square in form. At its center lies an internal courtyard, that has been built to incorporate an oak tree that was on the plot before the build, that is accessible from all four sides. Minimal in design, the home’s interior is outfitted simply with exposed light-wood beams, white walls and floor to ceiling windows. Externally, sliding metal doors that echo the style of those seen on local farmhouses have been installed to provide privacy from the street. 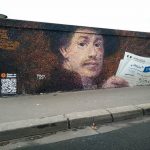 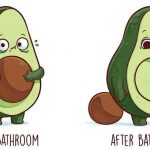