In 1988, Minsk Automobile Plant designers created a prototype of a truck called MAZ 2000 Perestroika. It was revealed to the public at the foreign Paris International Motor Show and received the highest ratings from foreign experts.

These innovative projects were designed to breathe new life into the Soviet automobile industry, but due to the collapse of the USSR, they never went into serial production. Today’s concept cars can provide us with a glimpse into the future and give us a sense of the direction being taken by manufacturers as they use the newest technology of tomorrow.

However, sometimes it’s equally fascinating to look into the past. These quirky Russian car designs from way back provide an insight into the innovative and daring concepts of engineers from the USSR, which paved the way for modern cars.

Yauza had a futuristic design with two levels of windows, only the lower of which could be pulled down. Only three prototypes were made, but the car inspired the creation of the VAZ-2110.

The VAZ-2702 Pony was meant to solve the problem of transporting goods using mini vans. Unfortunately, the vehicle was so fragile that it broke into two parts during a crash test.

The car had great aerodynamic characteristics but it was impounded by Soviet customs officers due to unpaid duties. It was returned to its creators in an awful state, curbing their interest in developing it further.

The NAMI-013 was the first original post-war car and had an avant-garde design. It was equipped with a 0.5L motorcycle engine that yielded just 18 horsepower. The project never went beyond its early stages.

The seven-seat station wagon Moskvich-2139 Arbat was a blue and silver car. The body was made of a steel supporting frame and plastic hinged panels, with a transformable interior. It was developed at the automobile plant of the AZLK.

AZLK-2144 “Istra” was a car produced by the AZLK factory. It was created in the mid-late 1980s. A demonstration mock-up was made in a single copy around 1985-88, it was never serially produced. 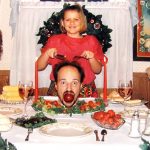 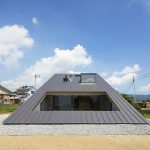