As the first cities emerged in Mesopotamia thousands of years ago, water systems became critical in order to continually supply growing urban populations. Ancient Romans built giant aqueducts; the Greeks developed pressurized plumbing. Perhaps most famous for their stepped-pyramids, the Mayans were also among the ancient civilizations to develop a sophisticated use of water. A new paper published in Scientific Reports has discovered an extremely sophisticated filtration system at the Corriental reservoir, which supplied the Mayan city of Tikal. Deposits of quartz and zeolite—neither local to the reservoir—indicate the Mayans used these minerals to purify their drinking water supply. These two minerals are an important component of modern filtration, suggesting the Mayans were many centuries ahead of their time.

Mayan engineers used water pressure, and like the Greeks, were one of the earliest societies to employ this technique. Many Mayan cities were built on porous limestone foundations, so groundwater often had to be channeled from elsewhere. Some Mayan cities such as Palenque featured aqueduct networks. At Tikal—a Mayan city in present-day Guatemala—water was collected in 10 reservoirs that supplied the city. Researchers from the University of Cincinnati sampled and tested the sediment from one of these sites, the Corriental reservoir. The minerals they found in the samples surprised them.

The Corriental reservoir appeared to have deposits of quartz and zeolite in identifiable layers. According to the carbon dating of surrounding materials, these layers date to between 2,185 and 965 years before the present day. This means the sediments were likely added during the lifetime of the city, between about 400 BCE and 900 CE. It’s clear that their addition was intentional, and the researchers hypothesize the minerals originated at a volcanic rock aquifer about 18 miles from Tikal. Mayans visiting the aquifer may have noted the water tasted and appeared cleaner than other sources, and therefore decided to bring sand back to the reservoir. At the reservoir, the sand was likely used in a filtration system built to cleanse the water as it flowed in. Zeolite—which contains silicon and aluminum—cleansed the water of many microbes and toxins. Quartz helped trap heavy metals and nitrogen compounds.

The Mayan water filtration system appears to have worked well. While other reservoirs showed evidence of mercury build-up, the Corriental reservoir sediment did not. The lead author of the study, Kenneth Barnett Tankersley, noted, “The ancient Maya lived in a tropical environment and had to be innovators. This is a remarkable innovation.” If you would like to learn more about Mayan engineering and water systems, this National Geographic video is a great introduction.

A new paper has published findings that demonstrate the Mayans had advanced water filtration systems many centuries ago.

At the ancient city of Tikal, researchers found zeolite and quartz minerals in the sediment of the Corriental reservoir—one of ten which supplied the city with water.

The minerals are not local to the site. They were likely added on purpose by the Mayans and originated at a volcanic aquifer 18 miles away.

Diagram of how the Mayan water filtration system at the Corriental reservoir may have functioned. (Photo: Kenneth Barnett Tankersley/Scientific Reports)

The Palenque Palace and aqueduct in the Mayan city of Palenque, in modern day Mexico. (Photo: Ricraider via Wikimedia Commons [CC BY-SA 3.0]) 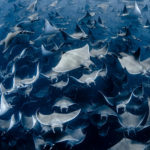 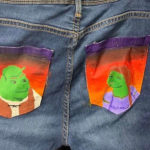