Time to add more species to the list of animals who have perfected the art of camouflage. Known as the wrap-around spiders, Dolophones is a genus of spider found primarily in Australia and Oceania. The genus contains 17 species known for their abilities to blend seamlessly into their surroundings during the day by wrapping themselves around twigs or flattening against tree bark.

Most wrap-around spiders have an upper abdomen shaped like an inverted disk, composed of smaller disks with slits in them. This allows the spider to perfectly wrap itself around branches during the day, fooling potential predators. When night falls, the spiders become more active, spinning webs in between trees.

Females typically measure about 9 mm in length with males significantly smaller at around 5-6 mm. They might spook you if you come upon one out the woods, but don’t worry—their venom doesn’t appear to be harmful to humans. Who needs venom when you can hide so easily? It’s incredible to see the patterns and colorations of the different Dolophones species and just how well they blend into whatever type of tree they’re hidden against.

Dolophones is a genus of spider found primarily in Australia that is known for its incredible camouflage.

Known as wrap-around spiders, these members of the Araneidae family spend their days wrapped around branches or flattened on tree bark.

Here’s what wrap-around spiders look like when they aren’t in hiding!

The post Elusive ‘Wrap-Around Spiders’ Seamlessly Camouflage Into Their Surrounds appeared first on My Modern Met. 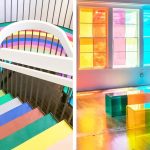 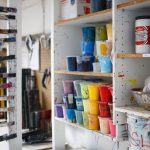