In Hinduism, the 10-day Ganesh Chaturthi competition celebrates the beginning of the elephant-headed deity Ganesh, the god of prosperity, new beginnings, and wisdom. In the Indian metropolis of Sambalpur in Odisha, a group named Natraj Club spend their respects to the Hindu god by producing an epic statue of him every 12 months using various products. In 2017, the 11 customers established a 25-foot-tall Ganesh statue designed with 5 metric tons (about 5.5 tons) of bananas.

It took 75 days to entire the colossal figure, which contains thousands of green, unripened bananas. The team even created ornamental details employing other pure products. Gopal Pansari, artwork director of the club reveals, “While the ornaments and tilak for Lord had been produced of bamboo, we produced the eyes by working with banana leaves.” The fruit did not go to waste though—after the pageant ended, and the bananas turned yellow, they have been handed out to the bad.

Throughout the festival, most Ganesh figures are created from plastic or other non-biodegradable supplies, but Natraj Club pride them selves in making use of reusable, edible materials for their once-a-year masterpieces. In past yrs, they recreated the Ganesh god with biodegradable components this kind of as coconuts, sweet boondi ladoos, and conch shells.

Look at out the banana Ganesh sculpture underneath, moreover some of the Natraj Club’s statues from prior yrs. 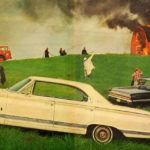 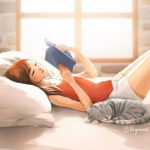