Grounded between the Late Renaissance and the emerging Mannerist art movement is the coveted work of Greek painter Doménikos Theotokópoulous (1541-1614). The artist—who was more widely known as El Greco (“The Greek”), a nickname he earned during his life abroad in Italy and Spain—had an individual style. His work featured elongated figures and expressionist color, which was inspired by several schools of art that were active during his lifetime, including the Post-Byzantine tradition in his home of Crete.

Although his art was regarded as quite radical and out of place while he was alive, El Greco’s legacy had lasting impacts on the development of both Expressionist and Cubist art movements. Here, we follow the artist’s itinerant life and how it produced exceptionally unique art that impressed successors like Paul Cézanne and Pablo Picasso.

El Greco, “The Dormition of the Virgin,” before 1567. (Photo: Wikimedia Commons [Public Domain])

El Greco was born on October 1, 1541 to a wealthy family in the Kingdom of Candia—modern-day Crete—which was a colony of the Republic of Venice. Little is known about his early years, except that El Greco began training as an icon painter of the Post-Byzantine style at a young age. By the time he was 22, the artist was a master in the style and fulfilling commissions at local Orthodox churches.

When El Greco was about 26 years of age he left Crete to further his career in Venice. There, the young artist is believed to have found apprenticeship under the venerable master Titian and learned the Venetian style of color-driven painting.

In 1570, El Greco moved to Rome where he sought inspiration from the works of Mannerist painters like Parmigianino. As a result, El Greco added Mannerist elements to his own artwork, such as elongated figures and distorted perspective.

After several years spent in Rome, El Greco moved to Spain in 1577. He settled in the religious hub of Toledo and spent some time working on commissions for King Philip II of Spain in hopes of becoming a court painter. However, the king rejected El Greco’s stylistic painting.

As a result, El Greco focused his creative efforts within Toledo and soon garnered a respectable reputation. Over time, he was able to establish a successful workshop with assistants, capable of fulfilling altar commissions for churches in Toledo and elsewhere in Spain.

Although El Greco was exposed to several schools of art, he was also determined to forge his own path. Consequently, his expressive, dramatic style stands out from his contemporaries as highly unique. For this reason, many historians hesitate to associate him with any one school.

After his death in 1614, El Greco’s art dwindled in popularity. The Baroque painters that succeeded him rejected the chaotic nature of his paintings. It wasn’t until the 1800s that El Greco’s work was rediscovered by artists like Paul Cézanne, who was greatly inspired by El Greco’s loosely defined backgrounds.

Despite not being fully accepted during his own lifetime, El Greco nonetheless left a lasting legacy on the course of modern art. His free, unnatural style laid the foundation for Expressionist art movements, including the Blaue Reiter group.

Exploring the Major Contributions of the Lesser-Known ‘Northern Renaissance’

The Significance of Botticelli’s Renaissance Masterpiece ‘The Birth of Venus’ 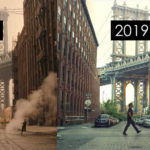 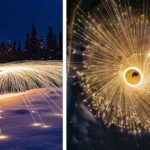