Chinese architecture firm Neri&Hu have designed the Tsingpu Yangzhou Retreat, a boutique hotel crafted from reclaimed brick, and built around a series of small lakes.

Neri&Hu was tasked with designing the hotel on a site that contained a handful of existing structures. Several of the old buildings were renovated and given new functions, while new architecture was also incorporated to fulfill the desire for more space. To unify the scattered nature of the hotel, a grid structure has been implemented, resulting in “The design actually originates with the courtyard house typology of vernacular Chinese architecture.” a series of tranquil courtyards that guide visitors from one building to the next. The architects explain this design decision, “The inspiration for the design actually originates with the courtyard house typology of vernacular Chinese architecture. As with the traditional courtyard, the courtyard here gives hierarchy to the spaces, frames views of the sky and earth, encapsulates landscape into architecture, and creates an overlap between interior and exterior.” Inside, the reclaimed grey brick walls house the reception, guest rooms, and a library. The existing on-site warehouse has been renovated and now houses a restaurant, a theater, and an exhibition space. The unoccupied courtyards have been designed as gardens, offering visitors relief from the hotel’s enclosed structure. Additionally, guests are invited to ascend up stairways that lead to openings, offering vantage points to observe the surrounding lakes. 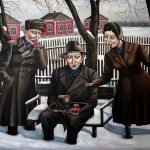 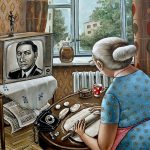