In this catalog of twentieth-century advertisements, Taschen has drawn together examples of advertorial seduction that were employed by liquor and tobacco companies over the past 100 years.

This colorful tome showcases an undeniably vibrant chapter of advertising history: highlighting trends — from the kitsch to the cliché and the classy — in drinking and smoking in America. 20th Century Alcohol and Tobacco Ads is as much a lesson in popular culture and pseudo-science as it is in advertising: see the pages dedicated to doctors testifying that smoking soothes the throat and liquor bring social success! With contemporary legislation in many countries moving cigarettes to plain packaging and alcohol advertisements to after hours on TV, the images in this publication seem almost closer to caricature than they do to real life.

20th Century Alcohol and Tobacco Ads was released by Taschen on the 19th of February, you can find and buy the publication online here. 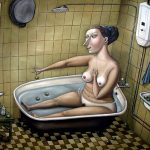 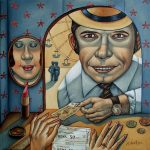