The colorful string explosions of Gabriel Dawe have been mesmerizing us for years. With Plexus 35, the Mexican artist brings his work to the Toledo Museum of Art, making a bold juxtaposition between old and new. The site-specific installation is composed of embroidery threads strung to create an indoor rainbow, one that plays with space—from interior architectural elements to light sources. As light streams through the glass ceiling of the museum, it filters through the colorful threads, creating a holographic look.

Dawe’s Plexus series grew out of his love for embroidery, yet frustration with the time it took to create a finished product. For him, the use of textiles in his work is also a subtle way to look at notions of gender identity. “The Plexus installations started as a big experiment using the core material of my work with embroidery. Because of the material, there is a subtext of gender politics in them, albeit subtly,” Dawe shares. “Very early on, I realized that these architectural structures made out of sewing thread were very ethereal. It was almost as if they were rays of colored light frozen in space.”

Using the full spectrum of color as a point of departure, the Toledo installation is the first in which the artist has played with breaking up the colors. “Sometimes I use only a fraction of the spectrum; others I choose a different starting and ending point which goes against what you’d find in nature if you were to break up light with a prism,” he explains. “Lately, I’ve felt the desire to break it up even more, and the piece at the Toledo Museum of Art will be the first piece where I really explore the breaking up of the spectrum.” With its location in the museum’s Great Gallery, the installation takes on added importance, surrounded by the works of masters such as Peter Paul Rubens. Dawe’s installation, Plexus 35, will be on view at the Toledo Museum of Art until January 22, 2017. 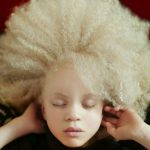 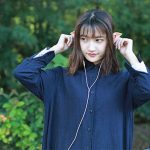